Female reproductive cycle (from Dunbar and Dunbar 1974a)

Birth (from Dunbar and Dunbar 1974b unless otherwise noted) 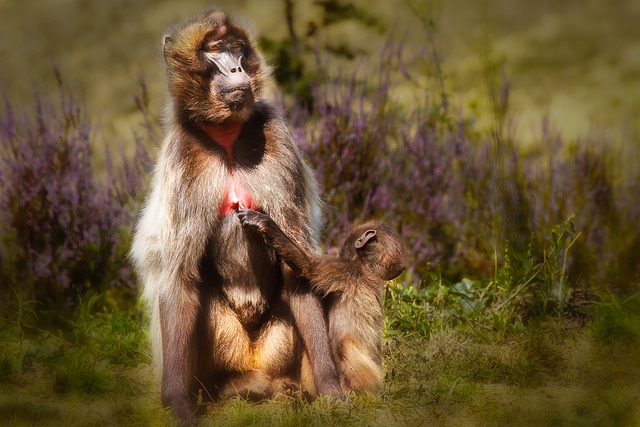 Females typically give birth to a single infant at night or in early morning. Infants have black hair and light colored skin. The hair turns brown by c. 5 months of age.