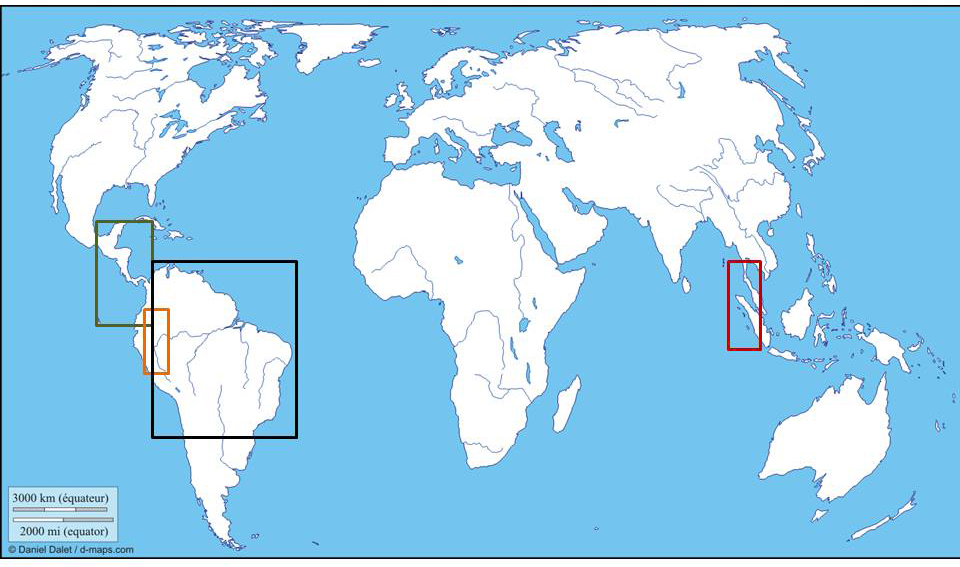 Note: The oldest fossil tapirs were unearthed in North America, with later representatives in Asia and South America. There are no living North American species; only one survives in Asia.

Adapted from www.d-maps.com according to IUCN fact sheets. Click on links, above, for IUCN detailed distribution.