Common names (from Vanderhaar and Hwang 2003, unless otherwise noted)

M. capensis (from Vanderhaar and Hwang 2003)

*No genetic studies yet conducted to identify subspecies (Do Linh San et al. 2016). Wozencraft (2005) list 12 subspecies from the literature based on pelage and other physical characteristics (these subspecies have not been adopted by the IUCN). 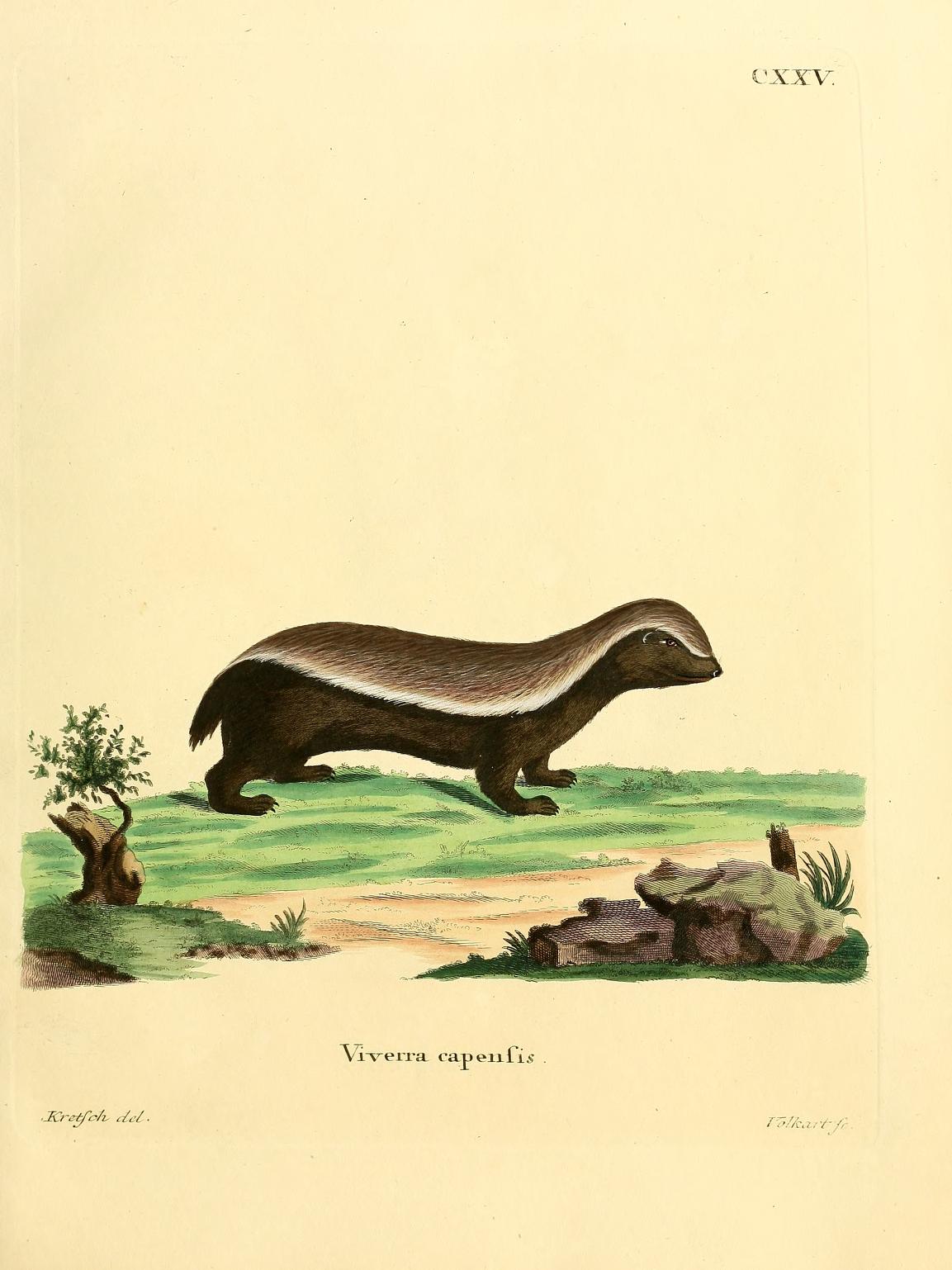 Image Credit: Artist unknown. Image within the public domain in the U.S. and Europe. Available from openlibrary.org.