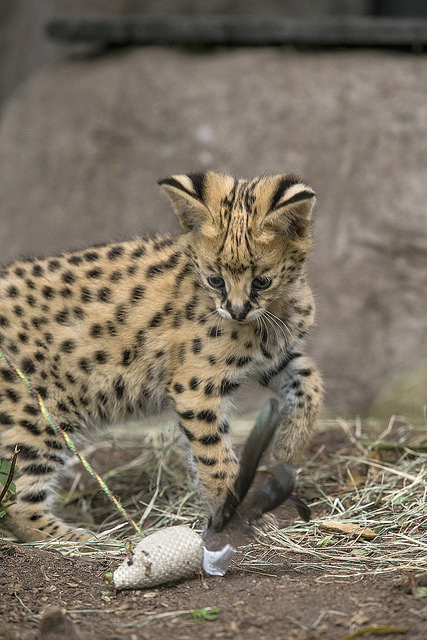 Enrichment items such as this one, resembling a mouse, provide young in managed care with opportunities to play. In the wild kittens capture mice and allow them to escape only to retrieve their "lost prey"; this form of play is vital for the development of hunting skills. 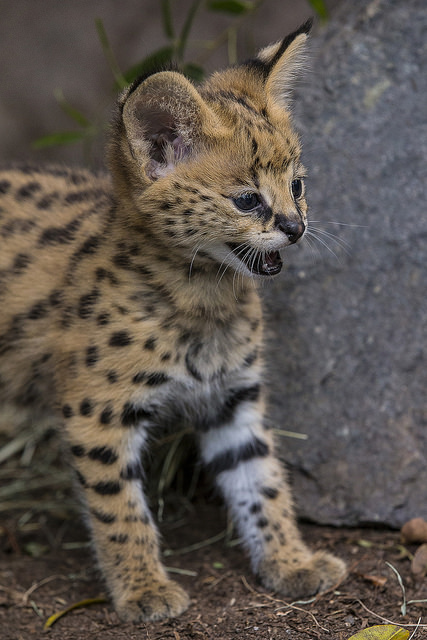 The vocal repertoire of this species includes growls, hisses, purring, and a wah wah call.