Kangaroos are adapted to a grazing lifestyle in grasslands (Dawson 2013, except as noted)

Structures for eating and digesting grass (Dawson 2013, and as noted)

A Sea of Grass 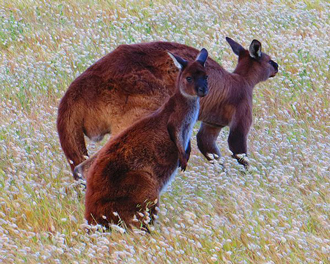