Warmth in the Shallows 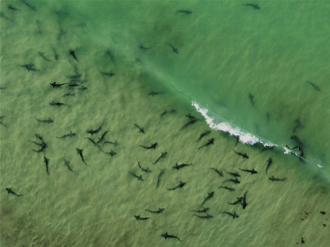 The group of sharks in this aerial photograph are swimming in water only a few feet deep.