Sharks Have Predators, Too 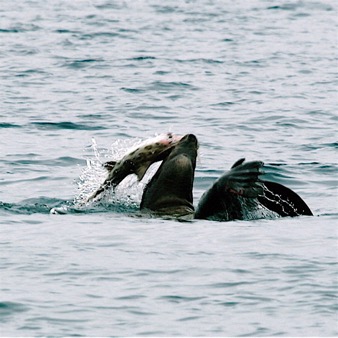 The fatty livers and developing eggs of pregnant female leopard sharks are thought to be a calorie-rich food source for some sea lion populations in California.

Image credit: © J.J. Newman. All rights reserved. Used with permission from the artist.