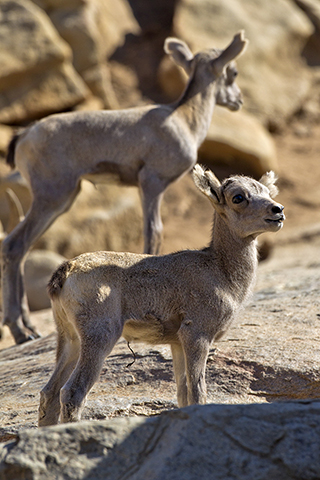 Bighorn sheep populations in the United States and Canada are doing well.

Populations in Mexico are more at risk.