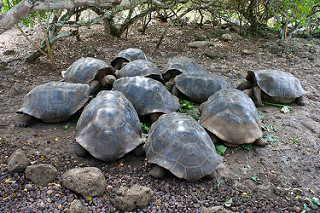 Giant Galápagos Tortoises rest together in the shade.

Image credit: © Adam Nash/Henry Polo at Flickr. All rights reserved. Used with permission from the artist.