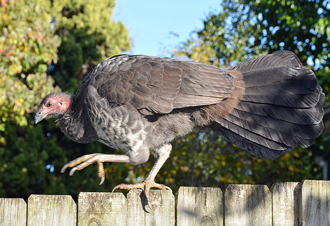 In suburban settings, Brush-turkeys will make themselves at home in a yard or on a roof.