(Marchant and Higgins 1993, except as noted)

For detailed descriptions of behaviors, see Marchant and Higgins (1993). 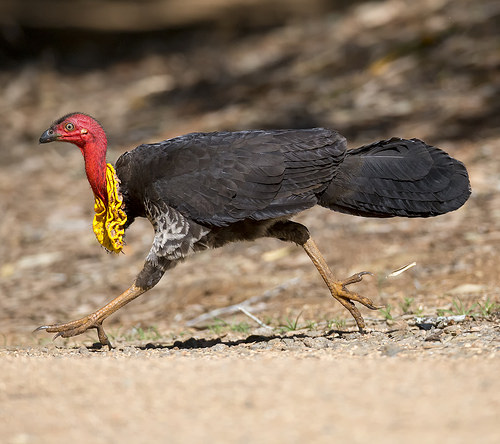 With long legs, adult Brush-turkeys can outrun most predators.

If a predator grabs its tail, a Brush-turkey can escape by shedding all of its tail feathers, almost instantly.