May be confused for Canada lynx 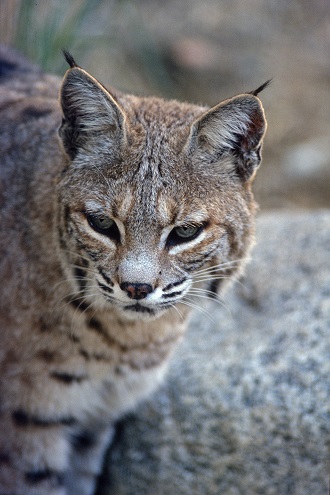 Bobcats often have small ear tuffs and a ruff of fur along the sides of their face. 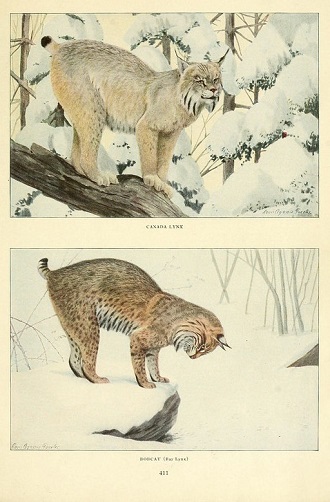 Illustrations from a 1918 National Geographic Society book contrasting the physical characteristics of a Canada lynx (top) and a bobcat (bottom).