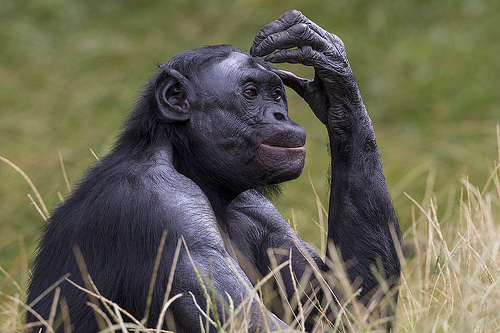 Bonobos are sometimes confused for chimpanzees, though their facial features, head shape, and long legs for a more upright posture make them quite different.

In terms of the "social parts of their brain," bonobos and humans are most similar among the great apes.