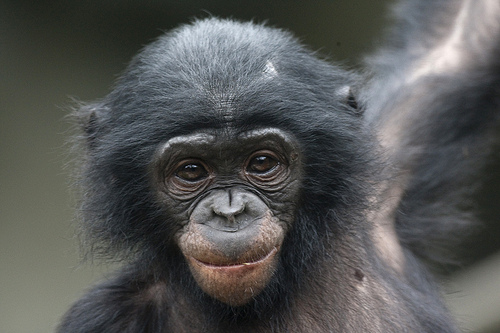 During their first year of life, young bonobos stay very close to their mothers.