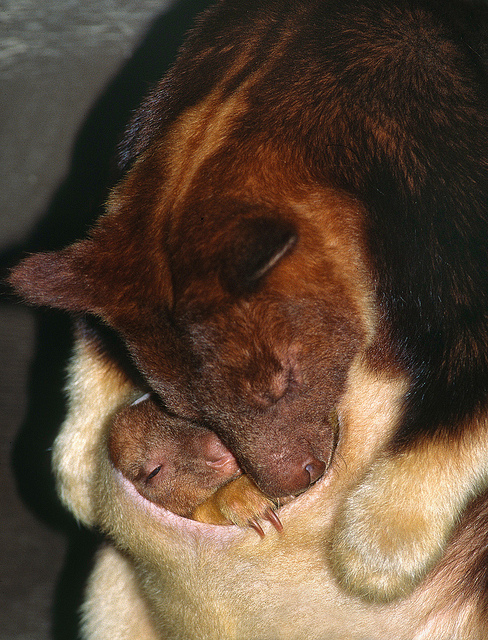 After birth, tree kangaroo joeys spend about 7 months growing and developing, before first emerging from their mother's pouch.