Lead poisoning and exposure (Birdlife International 2015, except as noted)

A Brief History of Conservation Efforts

*For a detailed timeline of California natural history and recovery efforts, see D’Elia and Haig (2013), p. 8-10. For detailed history of recovery, see sources listed by these authors on p. 7. 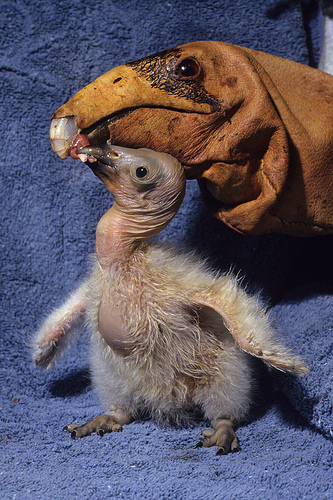 Puppets resembling adult condors are sometimes used to hand-rear chicks in captivity. For chicks that have not been parent-reared, this minimizes the likelihood of improper imprinting on humans (Snyder and Snyder 2000).

A young bird may later enter a behavior program where they are "mentored" by adult condors.

Thanks largely to successful captive breeding programs, the California Condor is gradually edging further away from extinction. 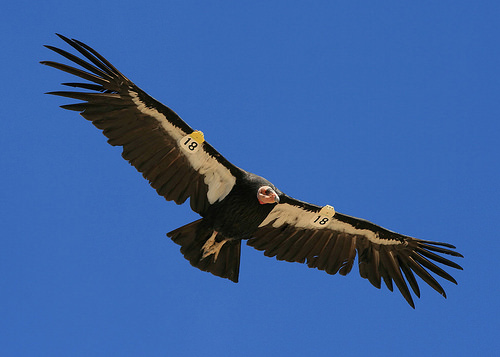 California Condors released into the wild receive identificiation tags that can be seen from far away.

This allows scientists to identify and track individual birds, which helps in assessing population trends through time. With so few California Condors in the wild, each bird is unique and valuable.