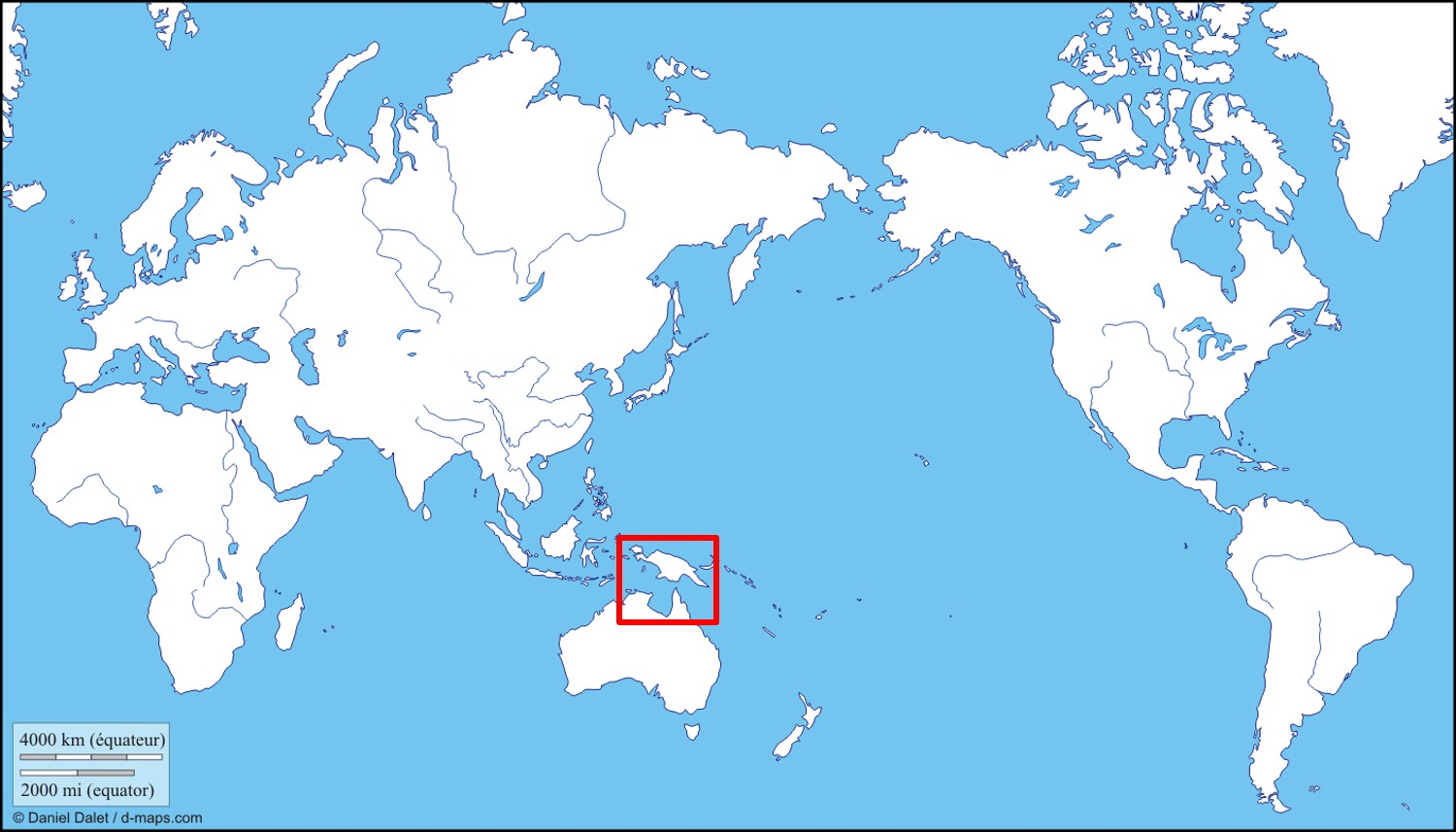 Cassowaries are found in New Guinea and northeastern Australia.

Click below for each species' detailed distribution (from IUCN):

Adapted from www.d-maps.com, according to each species' IUCN fact sheet.