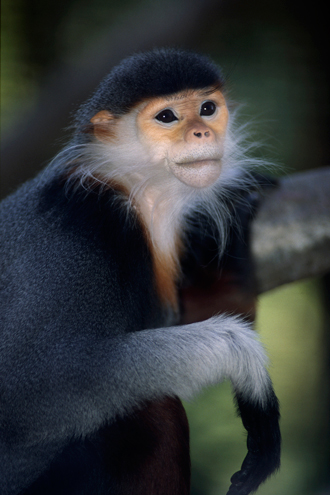 The red-shanked douc langur has a pale yellow-orange face and long white whiskers.