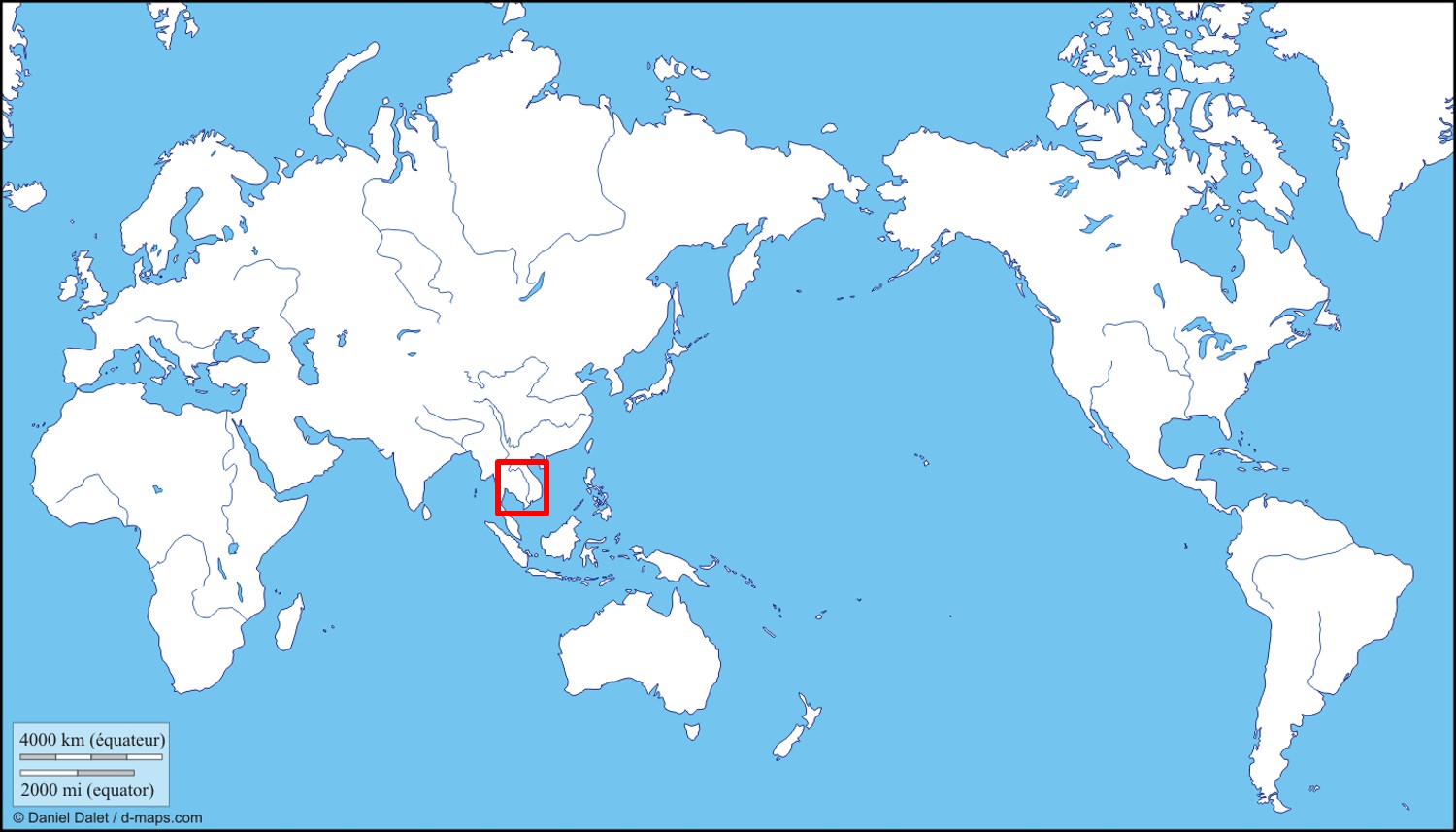 Douc langurs are found in Cambodia, Vietnam, and Laos.

Adapted from www.d-maps.com according to IUCN fact sheets.