Some camels are common

Some camels are rare 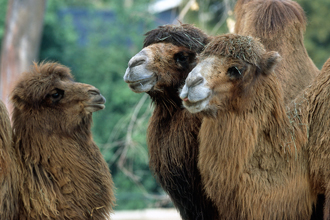 Fewer than 1,000 wild Bactrian camels remain. They are listed as Critically Endangered by the IUCN.