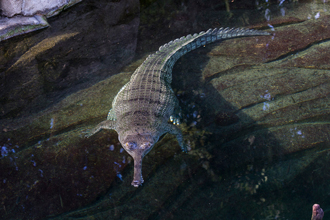 The gharial's species name, gangeticus, refers to the Ganges River, which flows through India and Bangladesh.