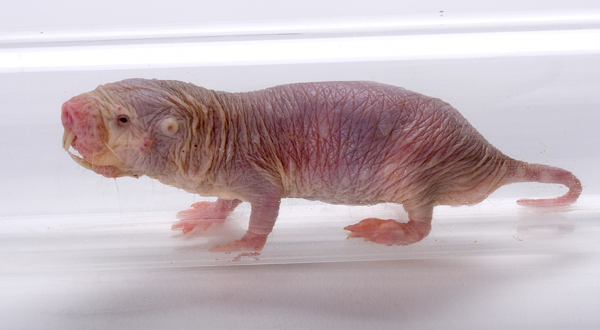 Many thanks to Prof. Chris G. Faulkes for providing expert content review of this fact sheet.

Chris Faulkes has worked for over 30 years on the evolution of social and reproductive behavior in cooperatively-breeding mammals, with particular emphasis on the naked mole-rat and other African mole-rats. He has published extensively in the scientific literature and co-authored a textbook on African mole-rats.

His research broadly encompasses fields from molecular biology to behavioral ecology. Recent work has utilized comparative genomic approaches to understand adaptations to a subterranean lifestyle and the extraordinary biology of the long-lived naked mole-rat.

Prof. Faulkes began his academic career at the Zoological Society of London and is currently Reader in Evolutionary Ecology at Queen Mary University of London.

Thank you to Kym Janke for sharing her knowledge of animal husbandry for the Managed Care section of this fact sheet.

Kym Janke is the Lead Keeper of the San Diego Zoo’s Children’s Zoo (an Animal Connections department). She is responsible for overseeing animal care, as well as education-outreach programs. She has worked for San Diego Zoo Wildlife Alliance for 13 years and has extensive experience in zoo animal husbandry across a wide variety of taxa.

Early in her career, Kym developed expertise in the husbandry and breeding of cheetahs at Wildlife Safari in Oregon. She also previously worked at the Greater Vancouver Zoo in Canada.

Since 2008, Kym has served on the board of the American Association of Zoo Keepers San Diego. She is also involved in AZA’s Animal Ambassador Scientific Advisory Group (AASAG). 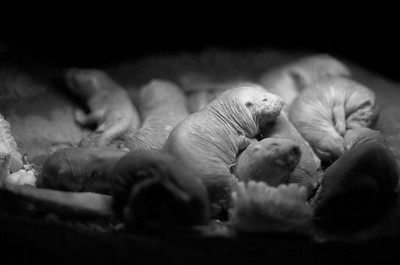 The naked mole-rat is one of the only eusocial mammals.

Extended family members live underground in a colony and have defined social roles. Similar to honey bees, only a female queen and 1 to 3 males breed.

In this photo, colony workers huddle together during a rest break.