Predominantly nocturnal (from Begg 2001a)

Daily activity patterns (from Begg 2001a unless otherwise noted)

Movement within home range (from Begg et al. 2005b)

Vocalization (from Vanderhaar and Hwang 2003 unless otherwise noted)

Olfaction/Scent Marking (from Begg et al. 2003a unless otherwise noted) 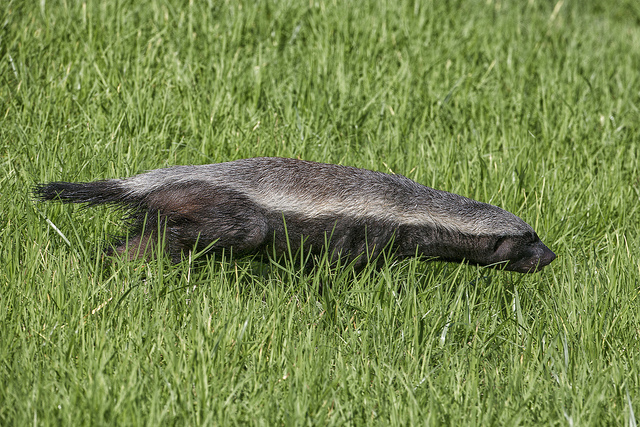 Ratels are highly active and will walk or trot to cover great distances each day in search of food. An individual may spend most of its waking hours traveling in a meandering pattern to cover 10-27 km (6-17 mi) each day.