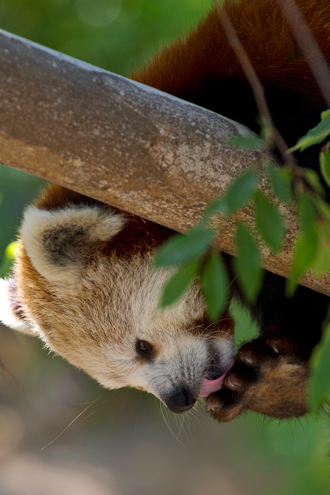 The red panda has many common names, including "fire fox" and "red cat-bear."