Most widespread bear in the world.

Occupy a wide variety of habitats, more than any other bear species. (McLellan 2008)

Habitat use by females with young differs from that of males. (Rode et al 2006) 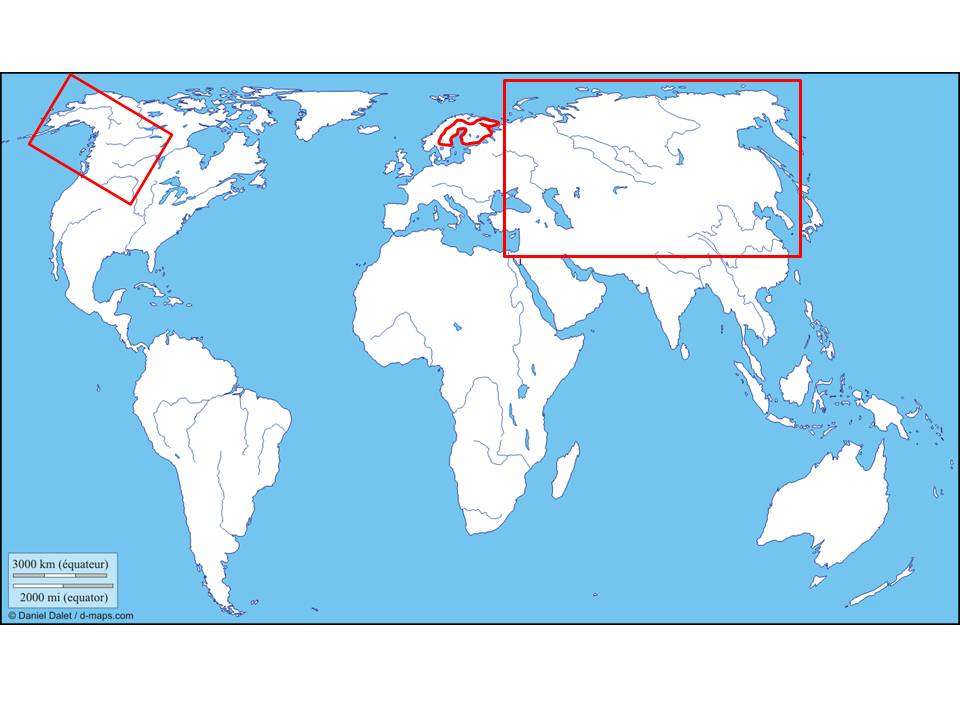 Adapted from d.-maps.com according to IUCN fact sheet. Click here or on map for detailed distribution (IUCN).