A massive bear with small, round eyes and ears, a dished-in snout, distinct shoulder hump, powerful body; only Polar Bears are heavier.

Most likely due to competition between males during breeding season.

Largest Brown Bears - Western Alaska and British Columbia; Kodiak and Admiralty Islands.
Teeth and skulls not as specialized for biting and shearing as those of many meat-eating dogs and cats. (Sacco and Van Valkenburgh 2004)

Most reliable way to distinguish a Black Bear skeleton from that of a Grizzly Bear: (Gordon 1977)

Other good ways to distinguish Black and Brown Bears:

Female has 6 teats
Digestive tract similar to other carnivores except for its length (more surface for absorbing plant nutrients)
No fat deposits on artery walls (no arteriosclerosis); can gain significant weight in autumn (and lose in spring) with no ill effects. (Craighead 1979)

Physiology differs from other carnivores - have a period of winter dormancy (hibernation) with profound changes in body chemistry, metabolism, breathing rate, and moderate changes in body temperature (Schwartz et al 2003) 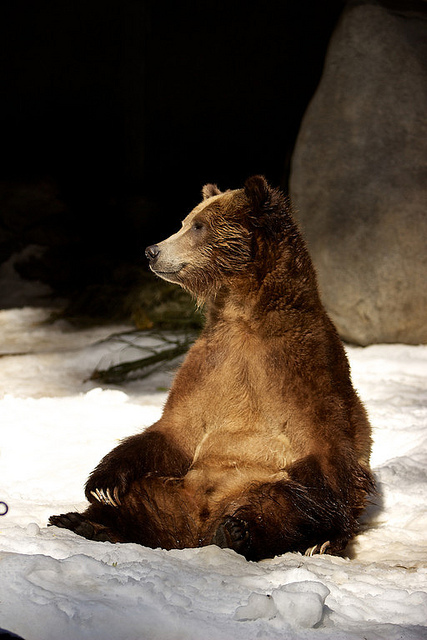 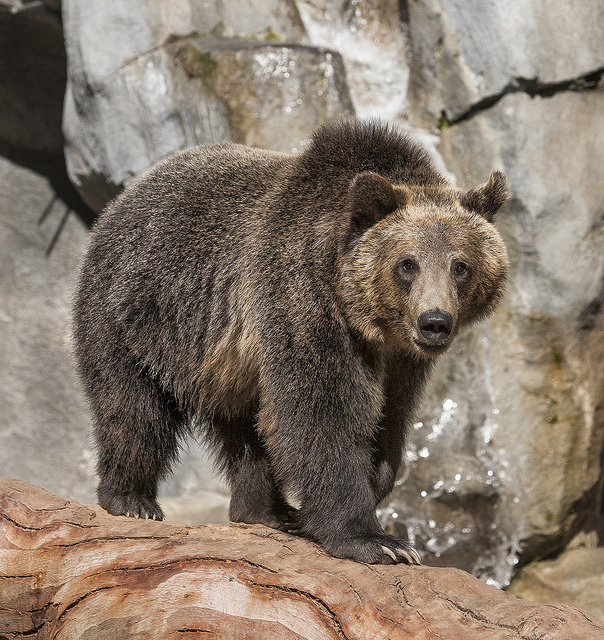 Color can vary from pale tan, blond, gold, many shades of brown to near black, and gray or silver.