Numbers of bears in managed care needs to be managed by two-pronged focus:

Bears in managed care conditions need to exercise their great capacity for foraging for long periods of time; without this stimulation they are "purposeless and unchallenged." (Law & Reid 2010)

Bears in a managed care environment need as much physical and mental enrichment as do primates. (Law & Reid 2010)

In a new enrichment strategy as of 2010, 2 exhibit spaces connected for two young Grizzly Bears and an elderly Manchurian Brown Bear at the San Diego Zoo.

Captive-born bears should not be released into the wild. (Huber 2010) 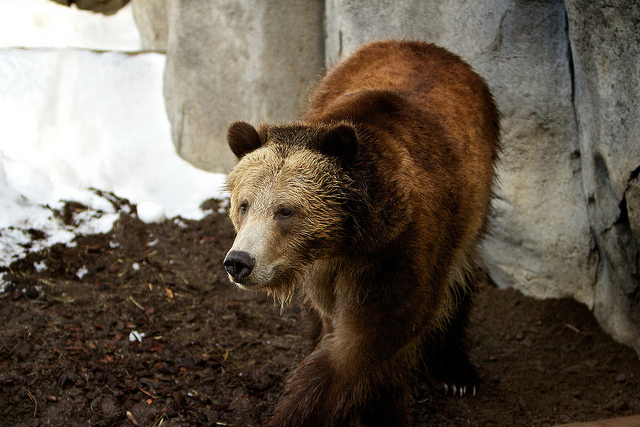