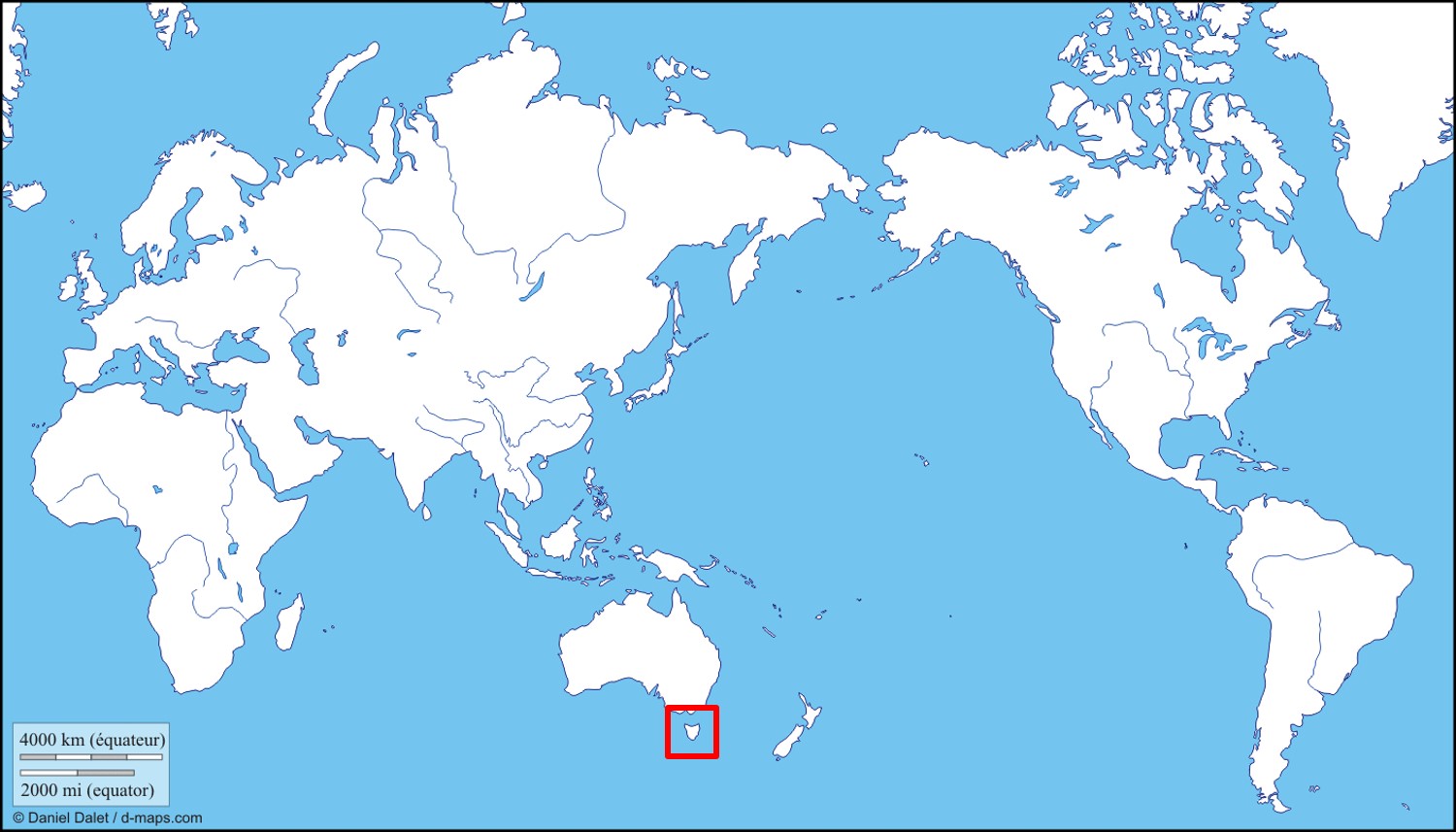 The Tasmanian devil occurs—as you would guess—in Tasmania. However, they once lived in Australia, as well.