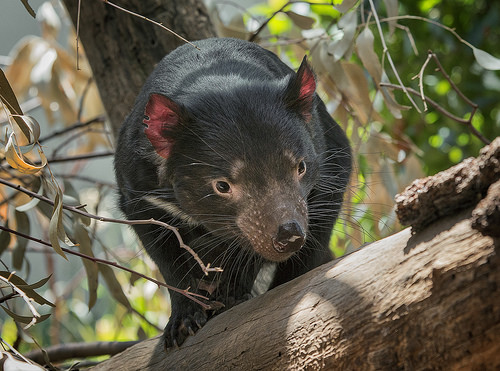 Tasmanian devils are adept on the ground and while climbing trees.