Of Diet and Dentition 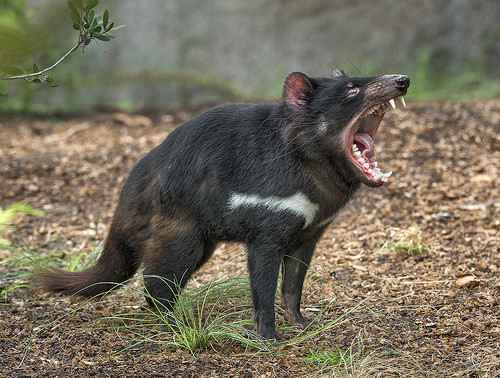 The teeth of a Tasmanian devil are well-adapted for scavenging on small mammal carcasses, as well as catching live prey.