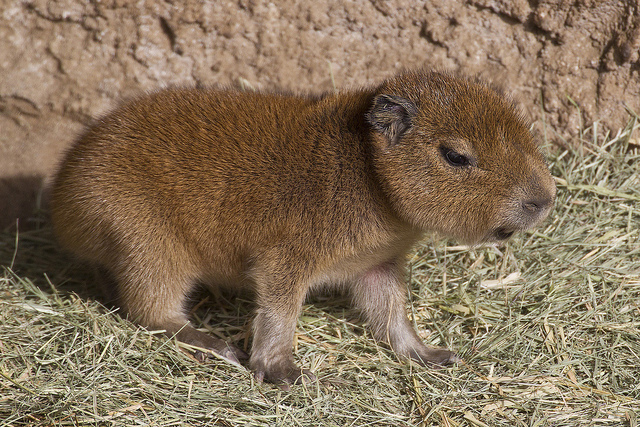 A one-day old capybara, weighing only 3 to 5 pounds.