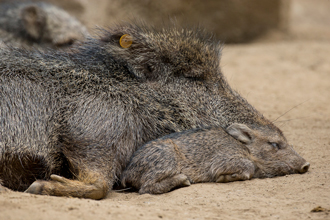 Chacoan peccaries are social and territorial.

Tactile and olfactory communication are both important to this species.