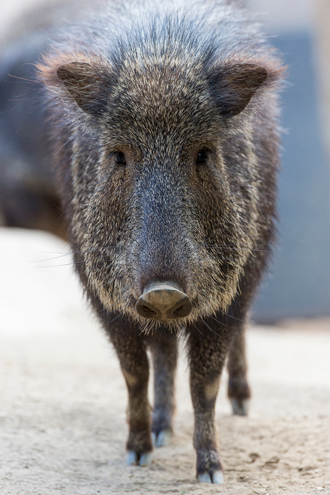 The Chacoan peccary's long hairs give it a shaggy appearance.

The length of these hairs changes with the seasons, being longer in winter and shorter in summer.