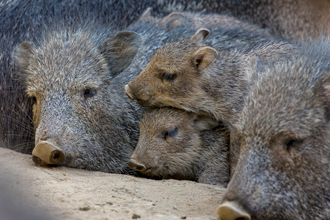 Habitat destruction and overhunting are two challenges that peccaries face.