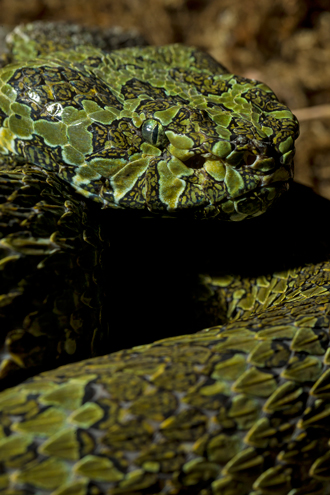 Can you find the pit organ? Hint: Look between the snake's eye and its nostril.