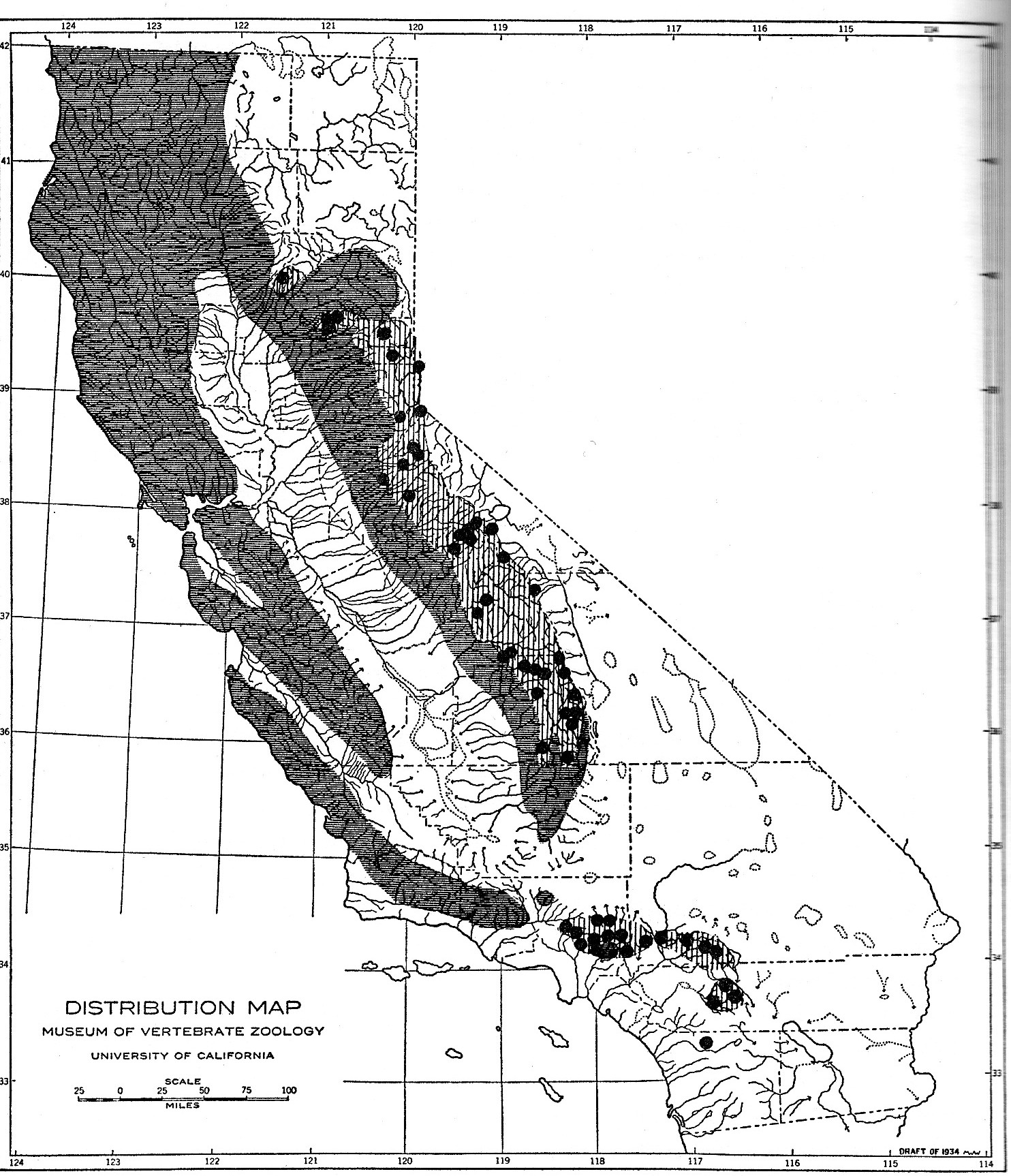 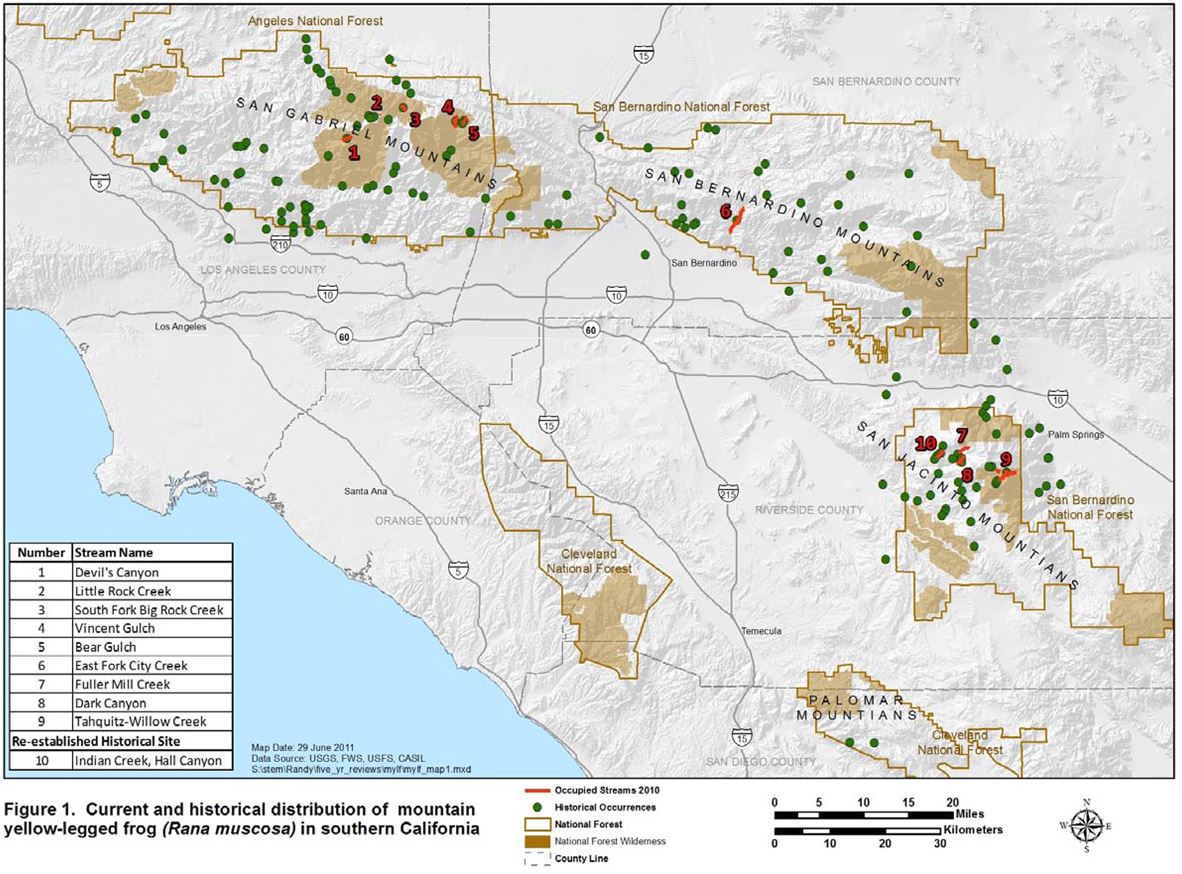 Current and historic distribution of Rana muscosa in southern California.

Extensive surveys have been performed by USGS at over 200 additional locations in all four mountain ranges within the historical distribution of the species. No other occupied areas have been identified (USGS 1998–2012; USGS GIS data). Image & information credit: USFWS 2012. Some rights reserved. Click here or on map for larger view (page 13).