Comparison of traits with caracals (from Skinner & Chimimba 2005) 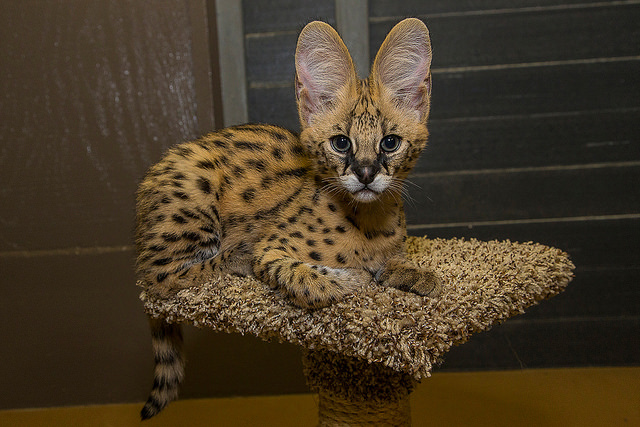 Servals have a coat that is tawny with both black lines and spots, while their belly is a soft white. They top out at 40 pounds (18 kilograms) yet have the largest ears of any cat.