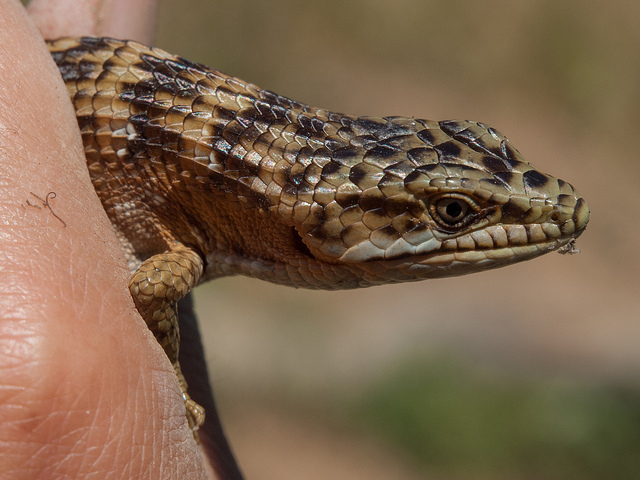 The scales of alligator lizards help them to survive in arid environments.