Territorial overlap can be considerable

Active defense against incursion by outsiders (from Struhsaker 1967e)

Vocalize to announce proximity of a foreign group (Struhsaker 1967c)

Walk slowly to forage (from Struhsaker 1967b,e unless otherwise noted)

Competitors (from Struhsaker 1967a unless otherwise noted) 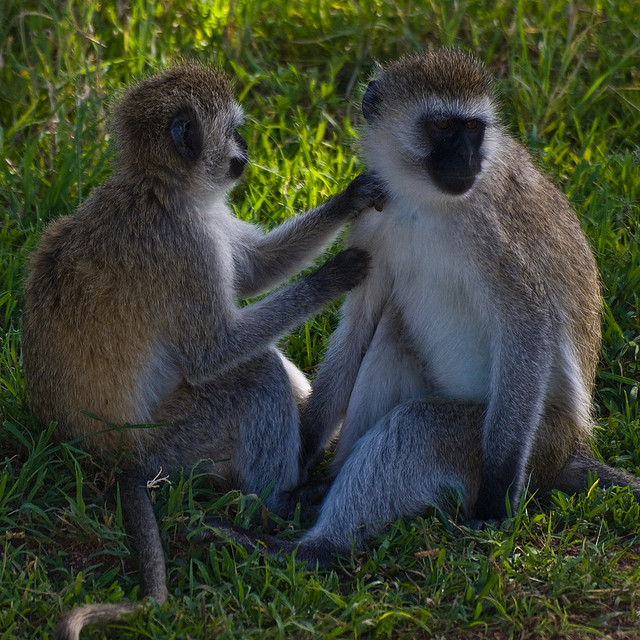 Vervets often groom one another (allogrooming), using their hands to sort through hair and remove debris or parasites. Young females often groom mothers with young infants in exchange for a chance to touch, cuddle, groom, or carry the infant. 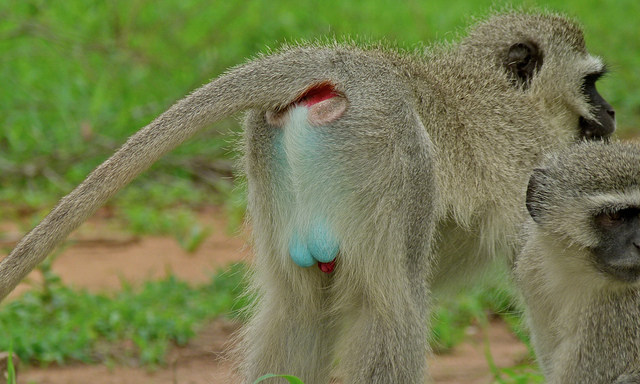 Dominant males often pace, tails erect in front of subordinates. This display, known as "Red, White, and Blue," is common during the mating season.