No major threats (Eldridge and Coulson 2015, except as noted)

Note: This is only a sampling of management actions. Each state has its own management plan. Other management practices are used, depending on the location and management issue (Sarah Garnick, personal communication, 2017). 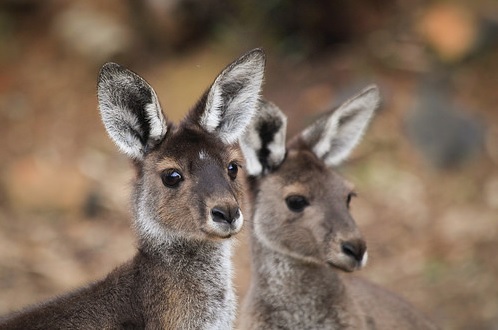 The western gray kangaroo's range has expanded in recent decades, as humans adapt land for development, agriculture, and livestock.

Image credit: © Marc Russo at Flickr. All rights reserved. Used with permission from the artist.