Non-aggressive behaviors (Dawson 2013, except as noted)

Licking the lips of another kangaroo

Interactions with other kangaroos

Interactions with livestock and agriculture 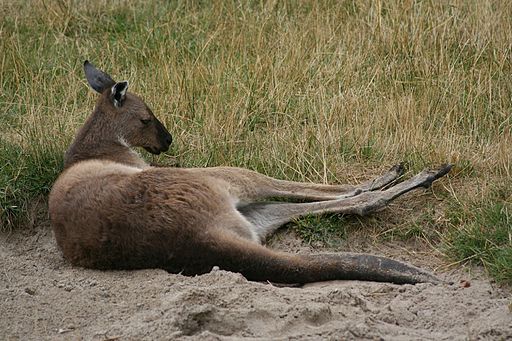 In hot weather, western gray kangaroos spend much of their time resting.