*Note: An early source of these head-to-tail length data is Strahan (1983).

Adaptations for hopping at high speed (Dawson 2013, except as noted) 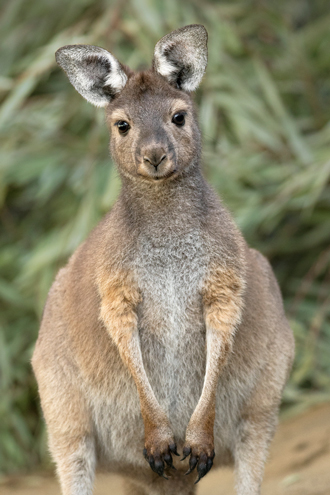 A coat of insulating fur keeps a kangaroo cooler during the day and warmer at night.