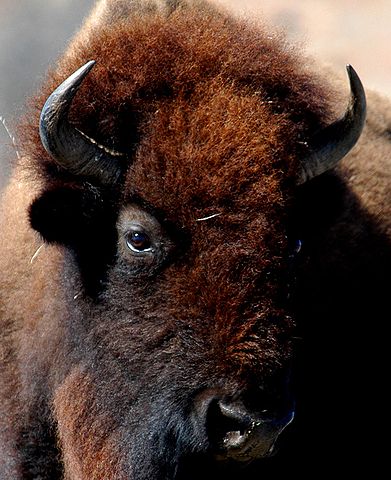 Head of an American Bison.