Herds That Once Roamed 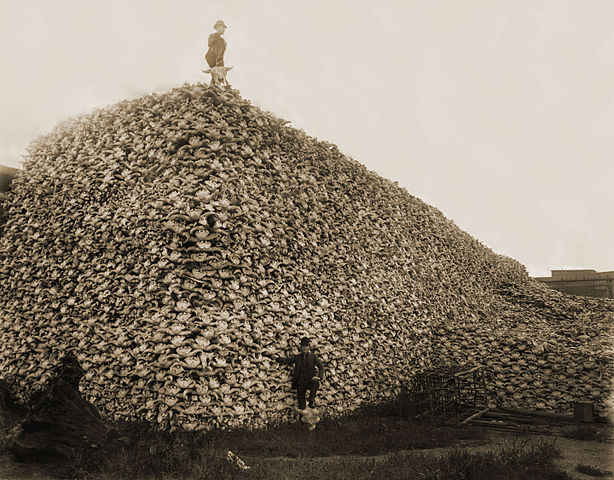 Buffalo skulls to be used for fertilizer and charcoal. Michigan Carbon Works, USA, circa 1870.

Note: This is a retouched historical image.