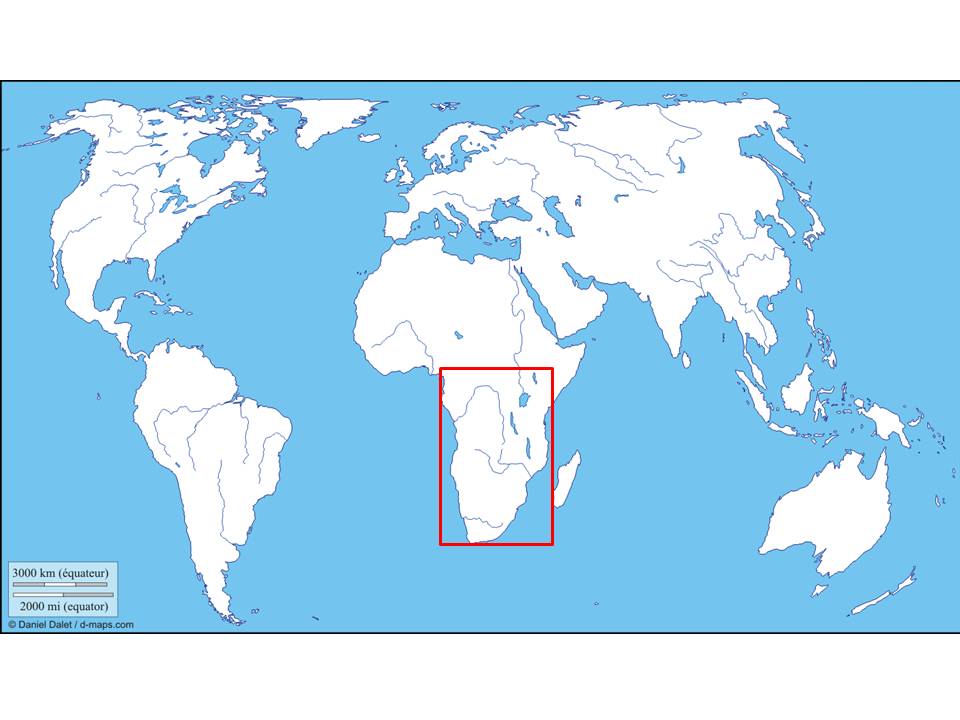 Black Rhino distribution.
Adapted from www.d-maps.com according to IUCN fact sheet. Click here or on map for detailed distribution (IUCN).