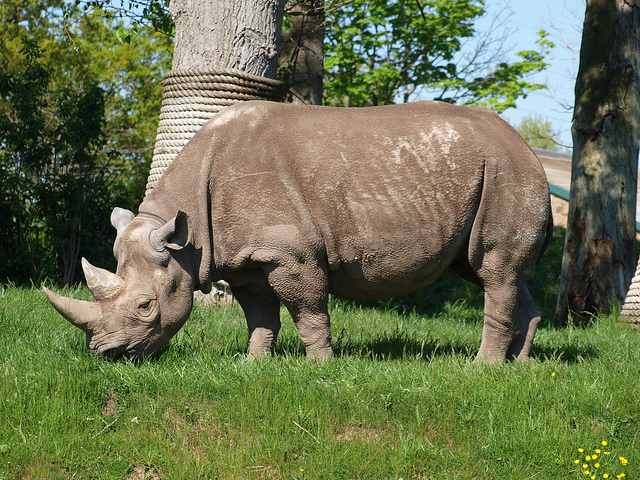 Black Rhinoceros at the Chester Zoo.