Young fossas explore and play at the San Diego Zoo. 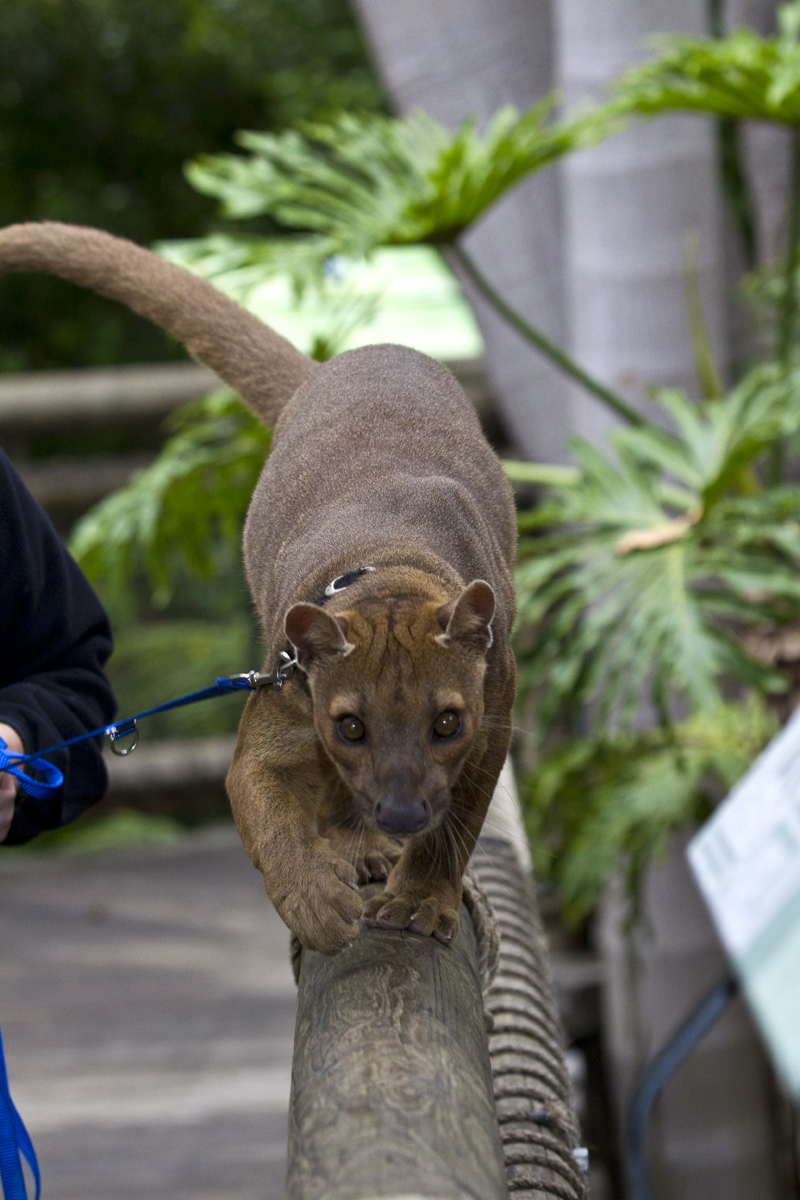