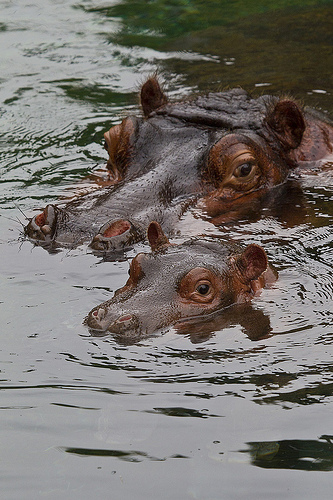 Young hippo calves are able to dive for about two minutes.