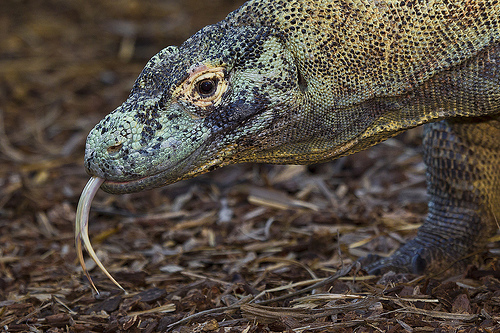 Komodo dragons use their sense of smell to detect territory boundaries of other dragons and track wounded prey.