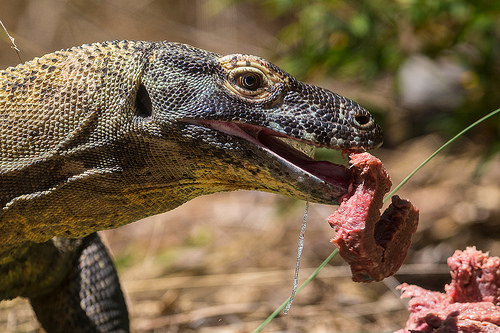 Komodo dragons possess resistance to the harmful bacteria found in the carrion they consume. Their serum has been found to contain innate immunity to many types of bacteria (Merchant et al. 2013). Gene clusters encoding antimicrobial peptide genes have been identified (van Hoek et al. 2019).